There was an early period in my life when I worked in health food stores as a service representative and interacted with customers on a daily basis. On this particular occasion, it was Christmas time, and the store where I was working also sold Christmas wreaths that were displayed just outside the main building. I was busy inside when a woman in her sixties approached me, demanding that I come outside to help her find a particular wreath she was looking for. All of the outside attendants were aiding other customers, so she came inside seeking assistance.

I have had customers ask for help before, but this woman was brash, rude, and demeaning. Her anger was brimming over the top, and I could not understand why it was being directed at me. I was truly taken aback because I had worked in retail for a few years prior to this incident but had never encountered such audaciousness before. She was incessantly complaining and would not stop her negative bantering. While this confrontation was unfolding, there was one thing that was on my side.

During my previous years in retail, I had come across a book that described the difference between reacting and responding. Reacting is an unconscious instinct that we automatically do, have done before, and keep repeating. For example, if someone starts yelling at you with anger, you will probably feel defensive and reciprocate that anger back to the person. In many ways, reacting is a natural impulse; it is something we do without even thinking about it. The problem with reacting is that it can start a chain reaction between you and the other person. Both of you will keep passing the anger back and forth with no potential ending in sight.

Responding, on the other hand, is a conscious decision to change the direction of an interaction by responding from a positive place. In a responsive situation, if that same person approaches you with anger, you would not react with your anger. Instead, you would disengage your emotions and feel neutrality toward that person. You would continue to treat the person with respect and act as if nothing out of the ordinary is happening.

In reality, you are not giving that person fuel to perpetuate their negativity. You have now become an empowered person assessing the situation objectively rather than employing your emotions, which can cloud your judgment.

Let us now return to the woman who was demanding that I help her find a Christmas wreath outside the country store. When I realized that this lady was not going to stop her disrespectful ways, I had a choice to make. I could react with coldness, lead her to the appropriate wreath, and then find an outside attendant to assist her. Or, I could respond in a positive manner, continuing to treat her with courtesy.

I chose to continue with courtesy and compassion, but it was not easy. This woman was the most cruel and challenging client that I had encountered in my entire retail career. As we stepped outside, I glanced to the sky, and inwardly asked for God to help me with this situation. It was a fervent plea, and honestly, I had no hope that it was going to end in a positive fashion. When we arrived at the table of wreaths, I began to talk about the different sizes and types. I even made small talk with this woman, all the while pretending that this was a pleasant encounter with a cordial customer.

While I was speaking, the woman suddenly stopped me and began to apologize. She said that I was treating her so nice, and she was treating me so mean. I could not believe my ears. Her eyes then filled with tears as she told me her story. Her husband of forty years had died suddenly from a freak accident just a month before. He was on a ladder trying to hang their outdoor Christmas wreath, which he had done so many times before. But on this occasion, something caused the ladder to become unstable; he lost his footing and tumbled onto the ground from a height of thirty feet. He hit his head on the concrete driveway and died instantly.

My own tears began to form as I listened to this woman tell her story with the look of despair on her face. Our eyes were locked together, and while she was speaking, time seemed to have stopped. There were people all around us—hustling, bustling, having lively conversations—but we just stood there, cocooned in a heart-to-heart connection. The love that she felt for her husband was palpable, and I was astonished at what was transpiring between us. I told her that I was so sorry about her husband and understood what she was going through. She did purchase a wreath, and we hugged each other good-bye.

Susan, a holistic health practitioner and teacher, is the founder of Inspire Your Journey. She offers a Soul Transformation Program and BEMER Therapy Sessions for individuals who are ready to discover the highest and best version of themselves, and change their lives for the better. 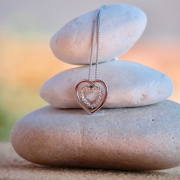 Take A Transformational Journey With Me

Take A Transformational Journey With Me

Alzheimer’s Disease: How To Support Your Family & Loved Ones
Scroll to top

This site uses cookies. By continuing to browse the site, you are agreeing to our use of cookies.

We may request cookies to be set on your device. We use cookies to let us know when you visit our websites, how you interact with us, to enrich your user experience, and to customize your relationship with our website.

Click on the different category headings to find out more. You can also change some of your preferences. Note that blocking some types of cookies may impact your experience on our websites and the services we are able to offer.

These cookies are strictly necessary to provide you with services available through our website and to use some of its features.

Because these cookies are strictly necessary to deliver the website, refuseing them will have impact how our site functions. You always can block or delete cookies by changing your browser settings and force blocking all cookies on this website. But this will always prompt you to accept/refuse cookies when revisiting our site.

We fully respect if you want to refuse cookies but to avoid asking you again and again kindly allow us to store a cookie for that. You are free to opt out any time or opt in for other cookies to get a better experience. If you refuse cookies we will remove all set cookies in our domain.

We provide you with a list of stored cookies on your computer in our domain so you can check what we stored. Due to security reasons we are not able to show or modify cookies from other domains. You can check these in your browser security settings.

These cookies collect information that is used either in aggregate form to help us understand how our website is being used or how effective our marketing campaigns are, or to help us customize our website and application for you in order to enhance your experience.

If you do not want that we track your visit to our site you can disable tracking in your browser here:

We also use different external services like Google Webfonts, Google Maps, and external Video providers. Since these providers may collect personal data like your IP address we allow you to block them here. Please be aware that this might heavily reduce the functionality and appearance of our site. Changes will take effect once you reload the page.

The following cookies are also needed - You can choose if you want to allow them: